Orthodoxy in America
Welcome to Our Church! 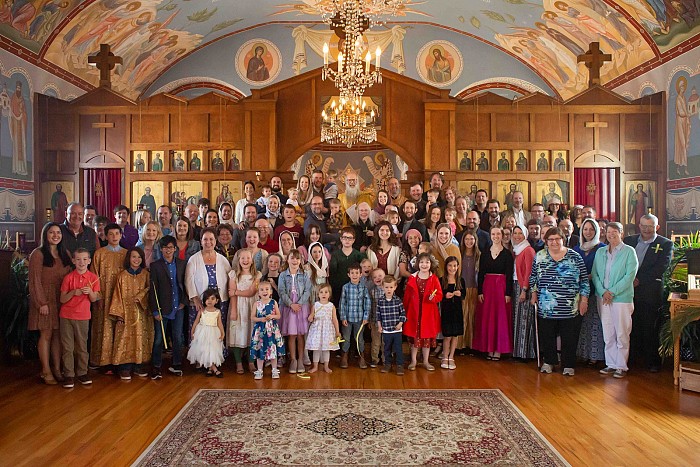 Welcome to the website of St. George Orthodox Christian Church! We want to extend a warm invitation to visit us and join us in worship. We look forward to meeting you in person!

About the Orthodox Church...

The Orthodox Church originated as the community of faith founded by Jesus Christ and the Apostles in the Holy Land and the Middle East. It is the second largest Christian confession in the world today, made up of a family of churches including "Greek Orthodox,” “Russian Orthodox,” “Antiochian Orthodox,” and many others. Orthodoxy is the other half of Christianity, until recent centuries found primarily in the East, and shares a different history than that which gave rise to the Roman Catholic-Protestant traditions in the West. The Orthodox Church is...

ONE - United in faith and practice throughout the world today and throughout 2,000 years of history.

HOLY - Sanctified by her head, Jesus Christ, calling all to share in His transformative grace and healing faith.

CATHOLIC - The fullness of the faith "which was once for all delivered to the saints."

and APOSTOLIC - In direct and unique continuity with the early Church, possessing apostolic succession and having preserved the apostolic faith unchanged.

Check out the new website Orthodox Intro: An Orthodox "On-Ramp" to the Christian Life

We are now live-streaming our church services via Facebook

A "Gospel Simplicity" interview with Dr. David Bradshaw about the Essence/Energies distinction––one of the deepest theological differences between Orthodoxy and the Western Christian traditions

What is the Orthodox Church?

A four-minute video exploring some common misconceptions about the Orthodox Church, presented by Father Andrew Damick.

An eight minute Q & A with our Bishop Basil during a recent pastoral visit to Houston, Texas.